Too many solutions, not enough efficiency 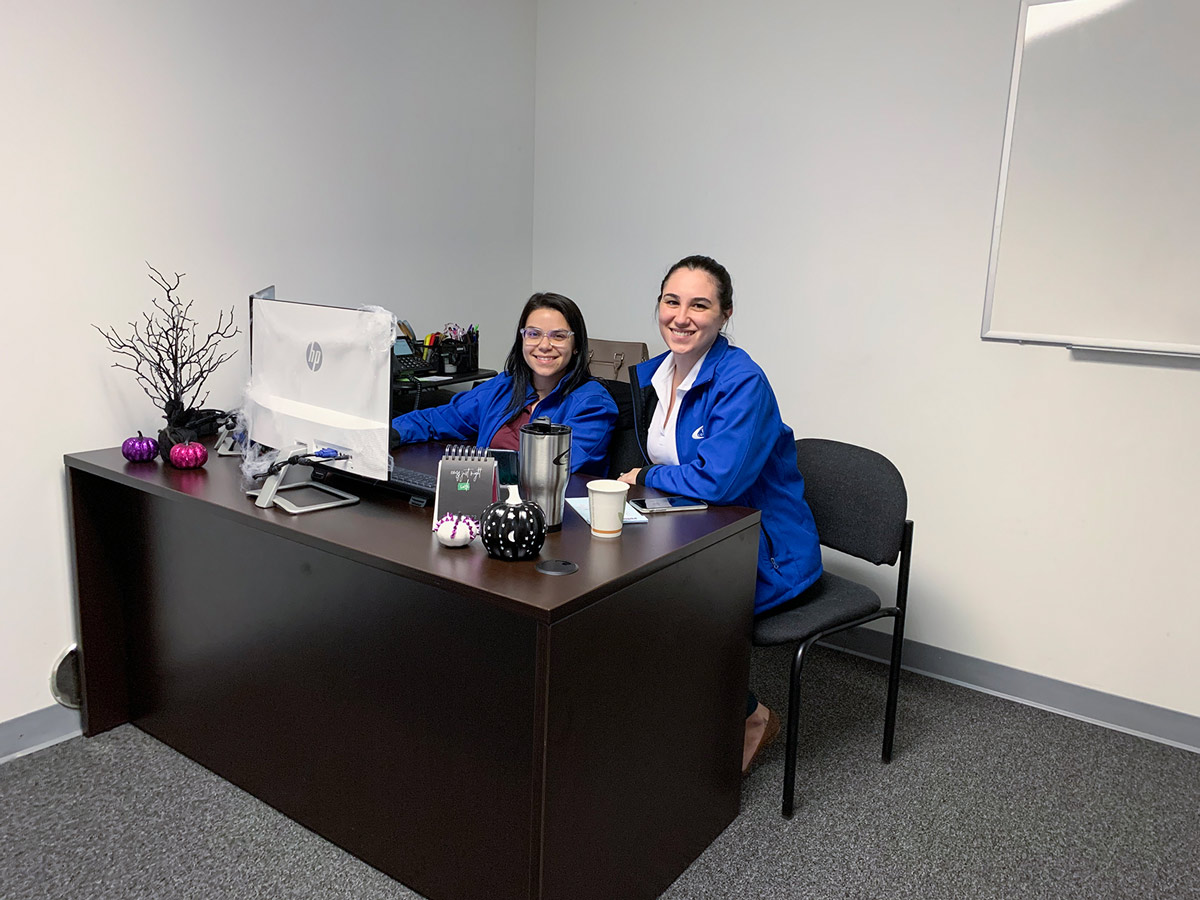 According to General Manager Tim Orr, the team was using two different programs for estimating, a separate system for job management, and another for accounting.

“None of those programs really talked to each other,” he explained, “we had a lot of manual entry, as well as handwritten forms for technicians.”

On top of that, the team was also facing issues with materials management. One that saw them searching for yet another system to add to their suite.

“We estimate a certain quantity of materials for a project, and we may or may not use all of those materials. Or, we may use different materials than planned,” Tim said.

“So we required an inventory system that was dynamic enough to account for those fluctuations.”

A lack of clarity around job profitability also caused difficulties for the business.

As most processes were done manually, it was easy for information to be lost. As a result of this, however, visibility was being impacted.

“I really wanted to have more visibility into how we were performing at any given point in time, versus just at the end of the month when I received financial information from the accounting department,” Tim said.

“I wanted to have more visibility into how individual jobs were going and be able to spot potential problems in jobs before they became big problems. I really wanted to track how we were doing on a more regular basis.”

Before “going live” with simPRO

Prior to getting started, the company went through an on-site implementation and training process.

“For me and everyone else on the team, the best thing about simPRO implementation is that it wasn’t one of those situations where a business goes, ‘oh, here’s a bunch of training videos. Figure it out yourself.’ simPRO actually sent over an Implementation Consultant who stayed with us for about a week,” Tim said.

“He came in and figured out our workflows and really tried to learn what we were doing and how we could fit our current processes into simPRO.”

The in-person aspect of simPRO training was a key factor in successfully implementing the software into the business.

One of the biggest processes that Blue Wave Communications changed with simPRO was the time entry for technicians out in the field.

“We allowed our field technicians to enter their specific time on a job into simPRO, and then had our project managers look at those job times on a daily basis versus a weekly basis as we were doing before. Now, all they had to do was approve those times,” Tim said.

"The impact was huge. The business was able to start saving time and reinvest it into other processes." 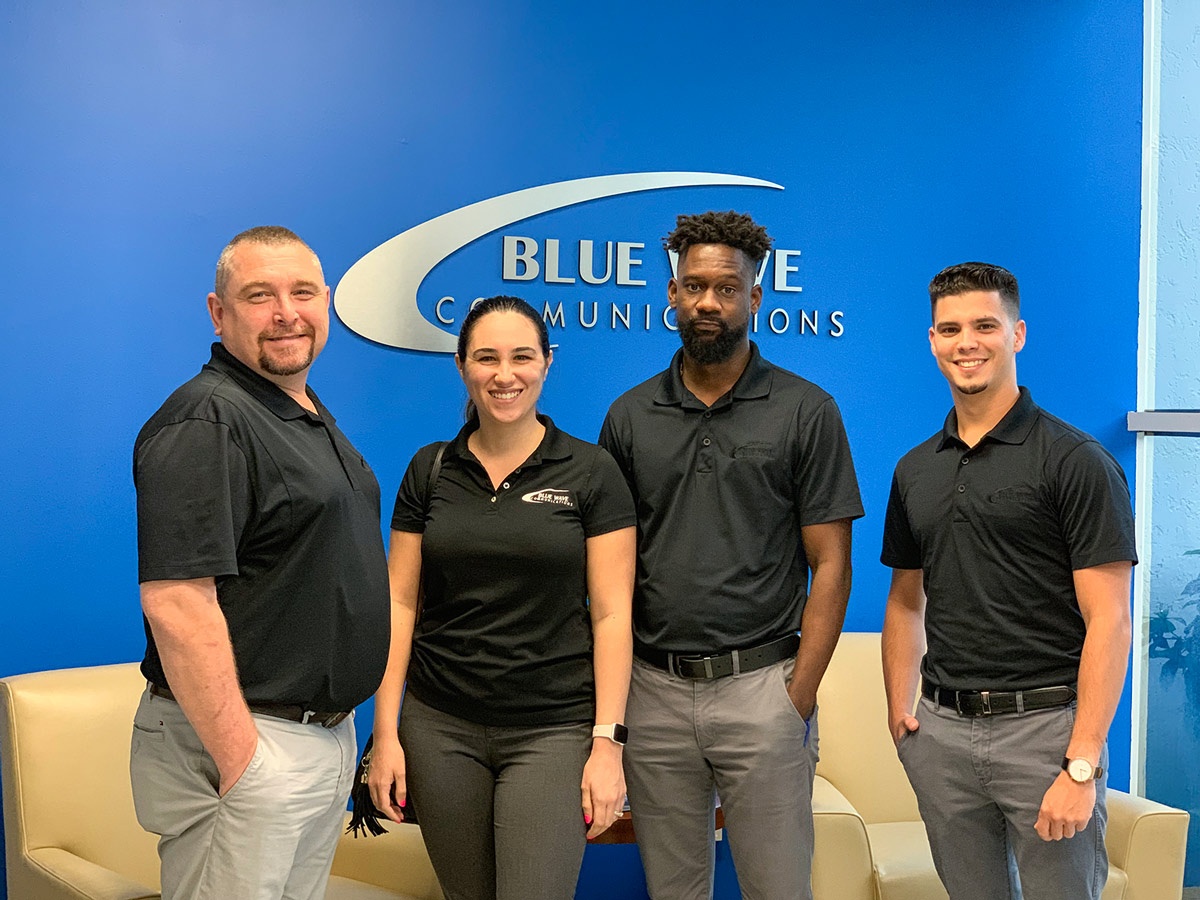 “Not only did simPRO reduce that time spent on payroll, but also the accuracy of payroll was significantly improved. We no longer have handwritten timesheets that have to be deciphered. So, that helped us tremendously.”

simPRO has also given Tim the desired visibility into jobs.

“We’re able to look into any given job at any given time to see how well or how poorly it might be doing,” he said.

“I can pull up a job in simPRO, see all of the purchase orders open for that job, see the status of those orders, and see where the costs might be varying. We can identify issues that might be coming up, and we can address them earlier on before they become bigger problems.”

Among other successes, with the help of simPRO, Blue Wave Communications has also:

Decreased time to issue invoices by at least one week.

“Before simPRO, when technicians would sign out materials, they often wouldn’t have the right part numbers written down. That information would have to be deciphered, and it took forever to figure out which materials were going on a job. Because of that process, it took us a long time once we actually completed a job to get to the point where we could invoice it,” Tim said.

“With simPRO, that process is shortened down to days compared to before simPRO where it would take a full week or two to fully reconcile a job to where we were comfortable invoicing it.”

Decreased inventory shrinkage by more than $17,000.

“We do what we call an inventory cycle count at the end of the year. I remember one year we had to write off around $18,000 in inventory that should’ve been billed or invoiced to a customer somewhere. That one was a bitter pill to swallow, and that incident was one of the driving forces for us to really get a system that would help us manage our inventory,” Tim said.

“In our weekly meetings, we monitor how much overtime we’re spending on a weekly basis for the technicians out in the field,” Tim said.

“With simPRO, that time has been significantly reduced as well, to the point where we have reduced overtime by over 75-80%.”

“For anyone who is considering simPRO, I would say to look at what pain points you currently have and see if simPRO will adequately handle those things,” Tim said.

“I guarantee that most software programs won’t solve every single problem you have. It’s a matter of discovering how comprehensive the software is, and whether or not it will help you achieve your primary goals. I guarantee that you won’t regret implementing simPRO. It’s definitely been a help for us.”

Find out how we can support your business.

How to make data driven decisions in your field service business

Take custom reporting to the next level with improved BI

What is an end-to-end solution and how will it benefit you?

A solid workflow management tool can be extremely helpful. Let’s take a closer look at an end-to-end software solution and how it can benefit your business. More...
Check Out Our Blogs

Insights straight to your inbox