Sean is a family man and footy fan. He’s also a business brain who likes figuring out systems that help companies succeed while also promoting and supporting the trajectory of his employees.

During my time in the mining and trades industries, I have witnessed an uncomfortable truth. Many workers within these industries are suffering with mental health issues that are hidden behind a culture of silence. There is a stigma attached to mental health, especially in the trades, that by talking about it, and asking for and seeking help - especially by men - will erase the “tough guy mentality” that permeates this industry and somehow shows signs of weakness.

Finances, marital issues, alcoholism, a high work-pressure environment, opioid use, remote work, etc. all contribute to mental health issues, especially in this industry. The effects of keeping these issues bottled up are staggering. Less sleep, poor physical health and extreme burnout are just a few that not only can cause workplace accidents but in some cases, lead to a downward spiral resulting in suicide.

According to the US National Institute of Mental Health, it is estimated that at least six million men suffer depressive disorders - including suicidal thoughts - each year. In 2020, men took their own lives 3.88 times more than women. Globally, it is harder to get such statistics because of the illegality of suicidial behavior in some countries and the underreporting of suicide as mortality data. (Source: WHO)

As the data proves, there are no geographical limitations to this problem. I am committed to using simPRO’s global platform to help promote the importance of creating a collaborative and safe work environment that supports and promotes the mental wellbeing of workers in our industry.

In June, simPRO partnered with MATES in Construction in Australia and New Zealand, a charity established in 2008 to help reduce the high level of suicide among Australian construction workers through awareness and staff training.

Earlier this month, during National Suicide Prevention Week, simPRO, in collaboration with New Zealand customer, Switched On Group, proudly raised the MATES in Construction flag to signify a commitment to prevent suicide in the construction industry. The annual ‘Fly the Flag’ event discussed practical ways for tradespeople and trades companies to support positive wellbeing and prevent suicide. 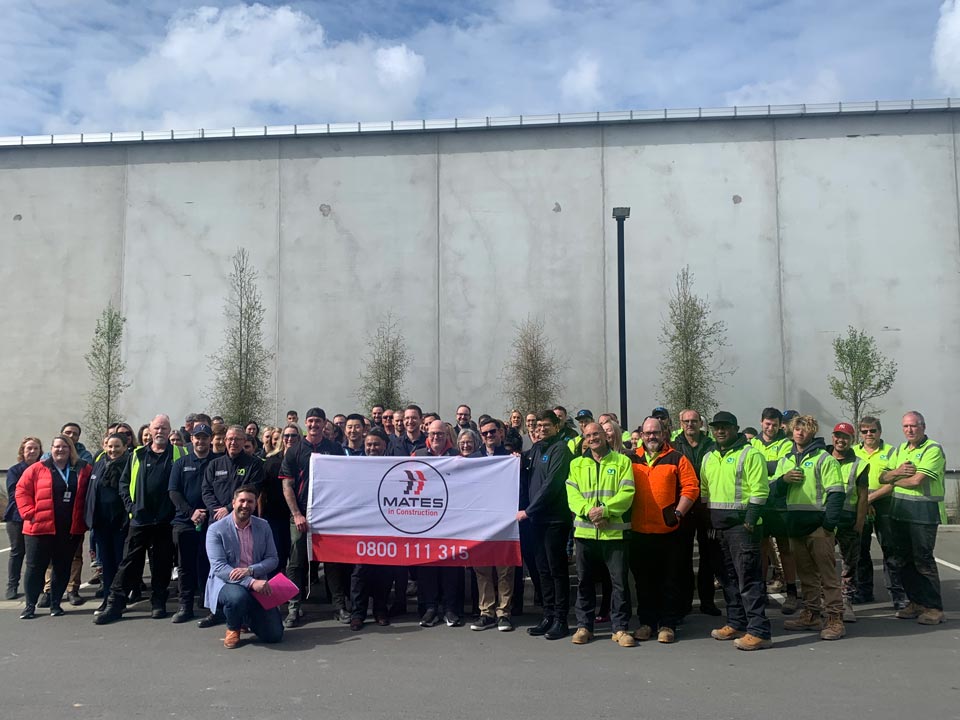 For Switched On Group’s Chief Executive Chris Hughes, this event was personal. He lost his brother Jonny, who was part of the family business, in early 2019. He says that mental health and suicide prevention education in the industry is critical, and that it will take a long-term, industry-wide approach to drive change.

“Our family and business know first-hand what it is like to lose someone to suicide, and we are working closely with others in our industry to address this important issue,” Hughes said. “We want trades people to feel not only supported, but equipped to take positive action to benefit their mental health ... Working with MATES is just one way we are encouraging wellbeing conversations.”

We were honored to have been a part of this day with Chris and his business to help shine the light on the importance of recognizing when a MATE is struggling.

Our staff members in Australia and New Zealand, in partnership with MATES in Construction, have undergone General Awareness Training (GAT) that introduces workers to the nature of the problem, that it’s ok to talk about mental health and provides practical guidance on how to help a MATE in crisis. The more people we can educate on the importance of mental health and to recognize the signs of someone struggling, the more people we can help. 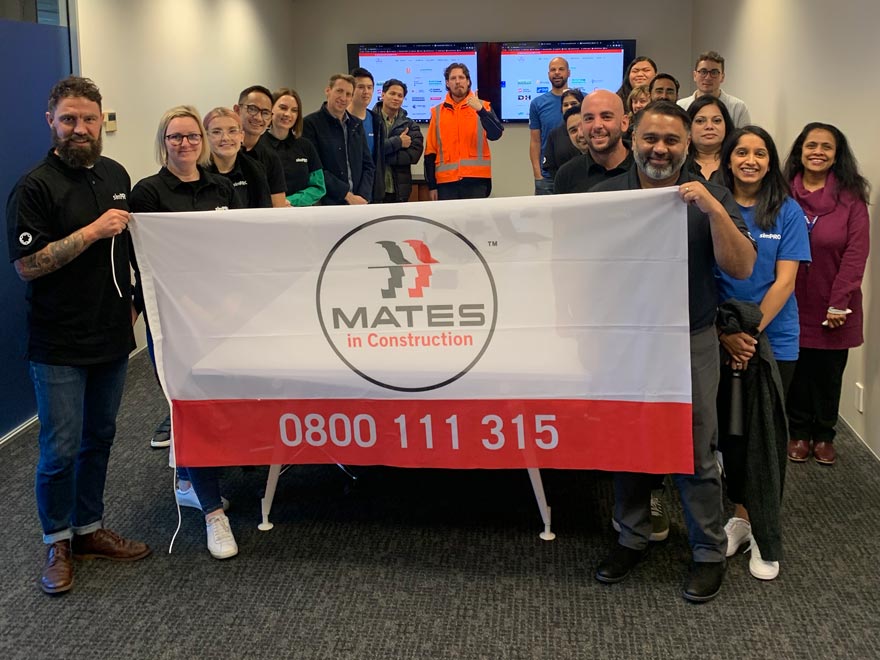 In the UK, we recently formed a similar partnership with Mates in Mind and together, hope to bring mental health awareness advocacy, training and support to our staff and customers.

How Can You Support Mental Health Awareness

While specially designated months, weeks and days bring the topic to light, it is so important to start, and continue the conversation about mental health throughout the WHOLE year – especially within your organization, with your customers and with all of our trade mates. Be on the lookout for signs that people are struggling. Check in on your friends. Ask the question “Are you ok?” and really listen to their response.

Together, we can help our colleagues realize that by having the conversation, and seeking help, shows signs of strength, not weakness. The tough guy mentality needs to go by the wayside. I hope we change this culture of silence around mental health and start to build one of openness and acceptance of mental health. And if, through our efforts, we change even one life, it will be worth it.

If you’re in the trades industry and are struggling with mental illness or having suicidal thoughts, or you know someone who is, please reach out to: