Although work has gone into raising awareness of what mental health issues are, and the effects they can have, it's worth noting that diagnosed mental health illnesses are still rising. This is especially true for those working within the trade industries, with mental health illnesses more than doubling since 2012 for this group. Perhaps the most alarming statistic is that male site workers are three times more likely to commit suicide than the average UK male. 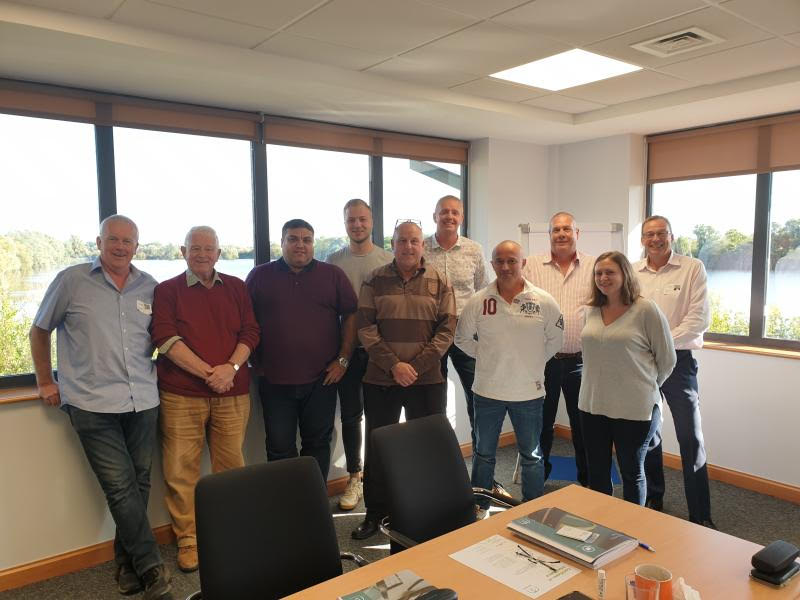 In September, MHFA England (in conjunction with the ECA) visited our offices to deliver a two-day mental health course to their members. The course focused on four key topics - mental health first aid, suicide, anxiety disorder, and psychosis.

Attendees ranged from senior management and office workers to electricians and labourers, and the course aimed to help these representatives:

Often it comes from a combination of several factors that are unique to those working in the field. Long and demanding hours, coupled with working away from home on site for an extended period of time both play their part in the development of poor mental health. The 'tough guy' image that's rife within such male-dominated industries also contributes, inhibiting those who are suffering in silence to open up about their emotions. (It’s worth noting that these are only some of the factors that lead to poor mental health in the workplace).

The most valuable outcome from the course amongst attendees came from sharing their knowledge and experience of the next steps they took after realising that they were suffering. Identifying a person on-site that workers could talk to in confidence, who would listen non-judgmentally proved to be most popular with the group when discussing what helped them. For example, a site manager, or someone in a more senior role that didn’t necessarily work closely with them on a day-to-day basis.

Another common feature of conversation was that they’d often hear colleagues being told to 'just get on with it' if their difficulties were perceived by others to be small. The group agreed that more effort should be made in the workplace to try and understand the issue that the particular colleague may be going through so that it doesn't develop and become worse.

If more specialist help is required, or opening up to a colleague isn’t an option, there are specialist charities like the Construction Industry Helpline that can offer confidential advice.

Contact the Construction Industry Helpline on 0345 605 1965 if you or any of your colleagues are suffering from mental health issues. They provide 24/7 confidential support on occupational health and mental wellbeing for all construction workers and their families in the UK and Ireland. They also offer advice on emergency financial aid and assistance on legal, tax and debt management matters.

You can download the Construction Industry Helpline app on both the App Store and Google Play. The app provides vital information, advice and guidance on many wellbeing topics including stress, anxiety, depression, anger and suicidal thoughts.

How to protect your customer and employee information. Learn from our experts